HI!!! I made it to Austin alive!! (I don’t know why I wouldn’t?) Allow me to tell you about my day!
I started my day off with Kerry dropping me off at the LaGuardia Airport for my flight. We had our horribly heartbreaking goodbye and I was off. There was literally no line for the security, which I was worried about because I was actually supposed to fly yesterday and my flight was cancelled for today because of the weather we’re having. But so yes there was no line and I was two hours early and settled in for the wait. The first flight was a few minutes behind and I made it to my second flight just in time to board. It was a snowy snowy flight down from Chicago to Austin. see look: 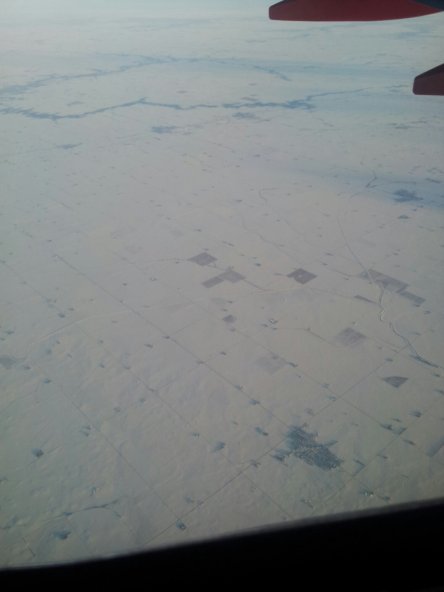 Upon arriving at the airport I went down to the baggage area to collect my suitcases. You remember…the one large one that rolls, the one large one that is enormous and doesn’t roll and the carry-on that I ended up checking because the plane was full. As the carry-on rolling suitcase comes around the bend I’m staring at it strangely because the handles look like they’ve come off. No wait… that’s not even the top…that’s the BOTTOM. THREE of the four wheels have snapped off the bottom of the suitcase and are long gone. LOOOONG gone. So as I’m stunned and pondering just how the fuck I’m going to be able to roll this suitcase plus the other two down the streets of Austin, TX the large rolling bag comes around. IT ALSO IS MISSING IT’S WHEELS. ALL it’s wheels. ALL IT’S WHEELS! Can I scream that loud enough? Yeah, no I can’t. So my setup was this and I wish I’d had the presence of mind to take a photo but I was too busy wondering what to do. Picture a regular sized carry on rolling suitcase. On top of that picture a large rectangular old fashioned suitcase the kind that doesn’t roll that you have to carry yourself. That was the only way I could fathom traveling carrying all the bags. I thought you myself, I’ll just drag these bags, sure why not? …I made it as far as the seats that people sit on who are waiting for their loved ones to arrive on planes. Not only was I dying for air, in pain from gripping my heavy bags but I am dragging dead weight and screeching with every step I take. OBviously the bus idea is not going to work out. I decide to take a cab, all I have to do now is get myself out to where cabs are picking people up. Off I go with all my suitcases dragging and screeching and people watching me. The first street to cross wasn’t SO bad (and by that I mean I didn’t drop anything). The second street I cross to where all the cabs with lights were parked only to be told they can’t pick me up there I have to cross back over and walk to the official ”taxi pick -up” sign. So I turn around and begin crossing again and I could FEEL the bags slipping and the next thing I know the large suitcase has fallen off the carry one and the large rolling one has just fallen and can’t get up. Finally a cabbie gets out to help me out and thank crap for that because I was dying already, can you imagine me trying to bus it and then hoof to Courtney’s house? I cannot. Into the cab I go and then I’m at the hosts house! On my way there I saw CACTUS AFTER CACTUS! It was very cool to see all these things that I know are there but I’ve never actually seen. For example in the airport there was a ton of music stages and giant guitars etc… anyways…
She wasn’t home, which I was prepared for but I knew her roommates were although I wasn’t exactly sure of the layout of her home. I had to walk around the side of the house (several trips as I progressed with my suitcases) . Courtney told me that she had two dogs and that they were friendly but would probably bark a little at me and she was right. They were snarling through the door. I walked in the side door to her bedroom and they were beyond another door which I believed was the living room where she’d said to make myself at home. I cracked the door open and they went crazy soooo I shut it again. I wasn’t about to test the friendliness of these puppies who clearly thought I was an intruder. Her roommates eventually came out and opened the door and introduced me to the dogs who after seeing I was not a threat were very friendly.
Next I unpacked the Suitcases From Hell, organized my bags and shit and plugged in the things that need to charge. I am now currently sitting on her couch typing this out to you guys here. All in all I am very lucky that I was financially ABLE to take a cab so I cannot even complain one bit. Plus I kind of am glad it took 15 minutes to get here and 45 by bus. I’m pretty tired and have a big day ahead of me so wish me luck on picking up my bike tomorrow!! ❤ ❤
Item to buy: hand lotion. I've totally forgotten that and my hands are super chapped. And Advil Migraine. And peanut butter and bread. =)
Remind me if I forget. I'm just waiting for Courtney to get home from work and we can chat! I can't wait to learn all about her stories of bike touring on HER own! 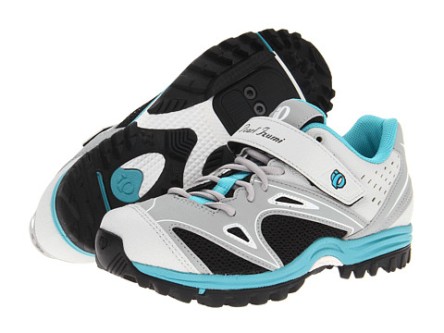 Well ladies and gentleman, I finally decided on a pair of shoes and ordered them tonight….with no small amount of apprehension. I have NEVER purchased shoes that cost more than $60 in. my. LIFE. So this was rather terrifying.

Basically, these shoes are pretty lightweight but durable, comfortable and good at whicking away sweat so your feet aren’t dying. They’re also super cute which wasn’t really a factor but just ended up working out that way. What I really love is the fact that when the clips aren’t on they look like regular sneakers so I can wear them off my bike too. They have wonderful traction because they’re mountain biking shoes and the reviews seem to be greatly in favor of them (I would know as I have spent hours upon hours upon hooouuurs going through review after review for multiple different pairs of shoes).

So here goes nothing! 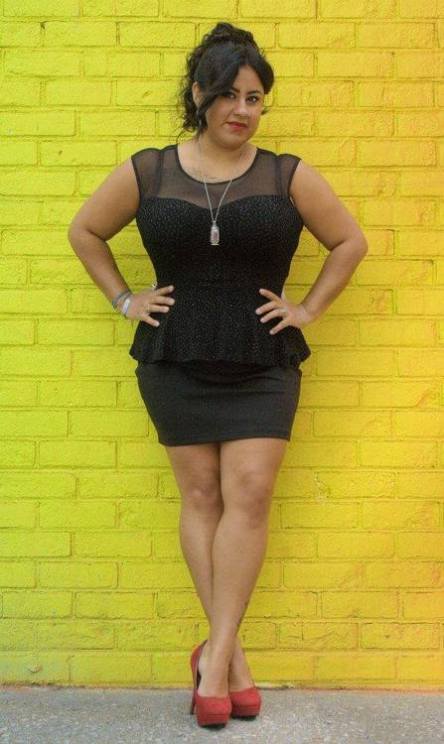 Hi. I’m Maria. Do I look like someone who bikes everywhere? I guess I probably don’t haha. BUT I DO! Which is where my little story is going to start. About 2 years ago I started working a job where I was forced to bike an hour to get to work. I had no alternative way of traveling anywhere for the summer so I started exploring Long Island (where I live). By the end of the summer I had discovered that I love to bike ride! When my Grandmother died in October I stopped biking suddenly and didn’t start back up again until this past May when I decided to buy myself a little Roadmaster that was on sale at Wal-Mart. I told myself it was a great idea because I mean, come on, it’s not like I’m going anywhere outside of a few hours ride, right?

False. …I’ll get back to that in a minute.

In June 2013 I spent time at my friend Kerry’s house, as she was my safe haven when the house was crazy. While laying on her bed staring at the ceiling wondering how things had gotten so out of control so quickly I said ”I wish I could just take my bike and travel the country.”

Kerry sat up, grabbed her laptop and said “Well…I mean…you kind of could if you really wanted to.” …and started Googling bike traveling and camping. We read a few articles about how it could actually be done, but in the end decided it wasn’t too safe and that was the end of it.

….Except that it wasn’t. From that moment, the idea was in my head to embark on a grand trip of freedom. All summer it was just a wish in my head that would never really happen. I was forced into taking an unpaid one month vacation so my employers could ”save money” (go to St. Martin for a month) and while I was home I realized that I really REALLY wanted to do this trip.

Society, ”They”, People, Parents, Peers, Family. These are all the ones that dictate our lives. We ”have” to go to school to be deemed ”mature, responsible adults” and after college we get a ”real” job. (NOT bagging in the grocery store, like that isn’t a real job. *insert me rolling my eyeballs*) Then we spend the rest of our lives working. Literally. Unless we manage to strike it rich and not have any worries but let’s face it, most of us don’t have that happen to them. We are ruled by the almighty dollar. It tells us if we are happy, it tells us if we are ”popular”, what we can wear, what we eat, IF we eat. We have been fooled into believing that money is 100% necessary to live a happy, ”successful” life.

I have made the decision that I do not want to live my life like that. I want to be happy in my life, doing things that I love, not being ruled by things that have no real rule of who I am and what I do and what I need to be free! When my Grandmother died she told me to have a happy life and do what made me happy and I have decided to take that to heart. So I am choosing to leave my job in January, take my bike, tent and supplies (after selling or donating my other belongings) on the Amtrak to Albuquerque and bike touring the entire country.

What do you think of that?